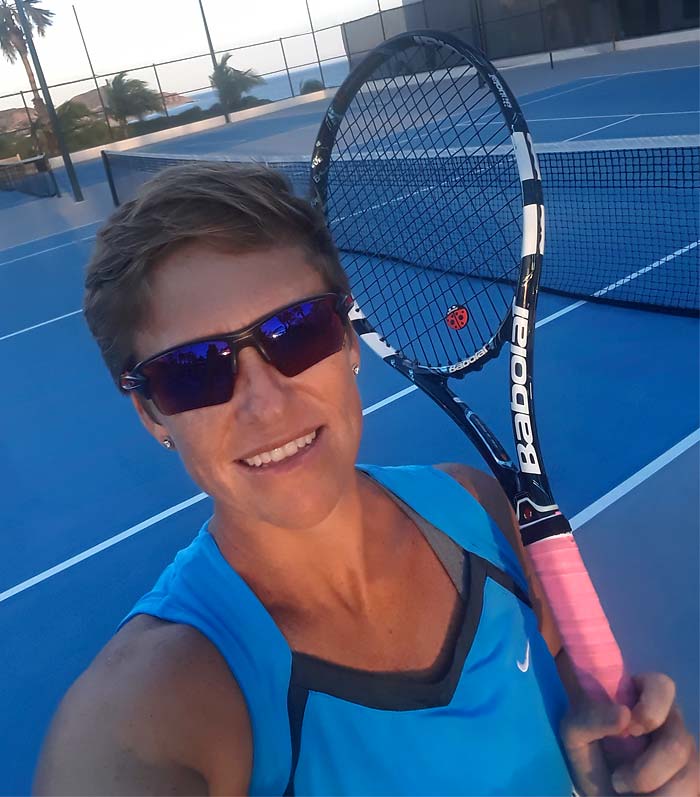 Natasha Stoop is a tennis professional in Los Cabos, Mexico. Los Cabos is one of the top tourist destinations of Mexico, thus playing tennis with guests at hotels and private residences.

Natasha is a former Peter Burwash International pro, where she formed lasting friendships while employed with the company for eight years during assignments that included JW Marriott Desert Springs, Kapalua in Hawaii, Hong Kong’s Aberdeen Marina Club and the Jumeirah Hotels in Dubai, Reynolds Plantation in Georgia, Four Seasons in Nevis and Nizuc Resort and Spa in Cancun.

Born in Kimberley, South Africa, her junior tennis record led to a tennis scholarship at Columbus State University in Columbus, Georgia, where she played for four years and received a degree in Sports and Recreation. She then served as Assistant Tennis Coach for both the men and women’s team at her alma mater while also earning her Masters Degree in Public Administration.

Natasha started playing tennis when she could nearly walk at the age of three. Tennis is her passion on and off court and love to share that with her friends and guests. Besides tennis, Natasha is also a avid mountain biker and enjoy riding and grinding the trails of Los Cabos. Loving the outdoors, it is hard to sit still especially in a place like this. 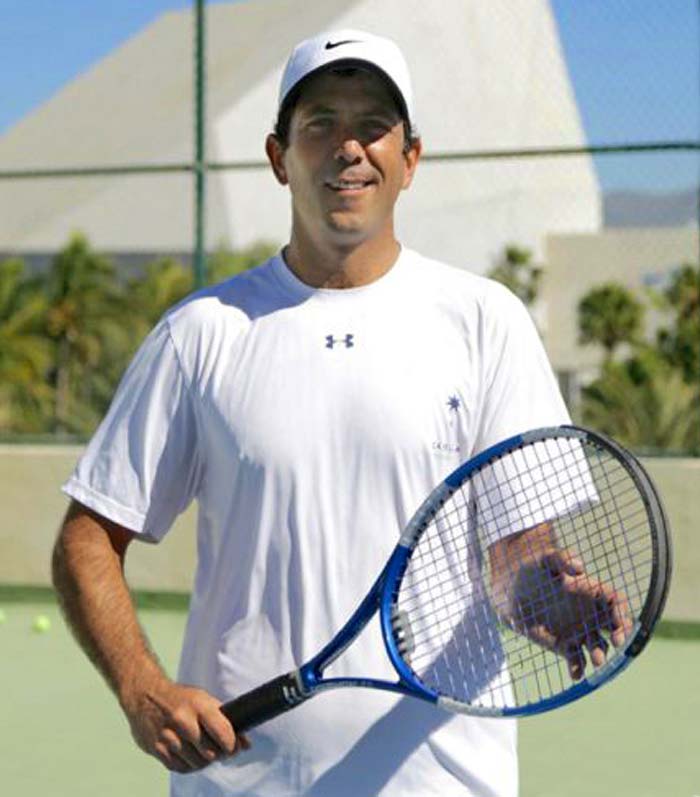 We offer an array of professional tennis lessons in Cabo San Lucas, Cabo tourist corridor and  San Jose del Cabo (Baja California Sur, Mexico) to fit all levels of physical practice. Whether your preference be cardio or technique, we aim to combine technical, tactical, physical and mental skill in order for you to perform at your highest level.

We believe it is absolutely essential to strenghthen the union of MIND & BODY.

Pablo Martínez is a professional tennis instructor recognized by the United States Professional Tennis Association, the European Registry of Tennis Professionals as well as the Registro Profesional de Tenis. Pablo has been teaching tennis for over ten years throughout México, Europe and the United States. His experience on the court as an elite player and as an instructor is second to none in Mexico and beyond. His unique approach to teaching tennis will help improve your stroke technique, footwork, balance and mentality.

Pablo created the Mind & Body Tennis Program in order to bring world class, comprehensive and personalized tennis instruction to the Baja Peninsula. His program has been adopted by the premier resorts of Baja.

For more information and reservations,
please call us or send us a message.
Thank you for sharing our site!
YOU GET IN TOUCH WTH REAL PEOPLE, NOT BOTS OR AI.

Send Us a message

Thank you for your visit to
Cabo Free Concierge